Ozaki Midori's short story Osmanthus (published for the first time in Nyonin Geijutsu in March 1929) appears numerous times throughout Miriam Silverberg's work. It is mentioned in two different instances in Erotic Grotesque Nonsense - The Mass Culture of Japanese Modern Times and in an article which I previously covered. The content of the story and its symbolism are emblematic of the complex properties which modernity, variously defined and manifested, appeared in the eyes of Japanese people in the early 1930s. In the span of just four pages, Silverberg detects the predominant process behind the creation of personal identity, a process reasonably distant from government interference and control. Despite an increasingly authoritarian environment, all subjectivities (political, sexual, female, male, working, non-working, etc.) were consistently defined by the unintended appropriation of “outsider-influenced" fantasies proliferating through the mass media. Nowhere is this more evident than in Ozaki’s work. As Silverberg insists,

Ozaki Midori was able to communicate the emotional pull of the movies more than most Japanese critics writing about the modern. Although she refused to speak for other moviegoers, her representation of her own fantasy world gives a sense of how Japanese filmgoers allowed themselves to be erotically enveloped by images of movie stars and their gestures.

In the story we find that the protagonist moves through the mundaneness of Shōwa daily life under the auspices of a borderline obsession for Chaplin movies. “Chaarie” or “Chappurin-kun” was truly the object of female desire during the 1920s and 1930s as the mass-production and mass-consumption of Chaplin-themed objects from that period demonstrate. But what is not very well known is the transformative effect that movies had on identity-formation, especially on the subject of eroticism, a primary concern throughout Silverberg’s work.

On that account, I decided to post here Ozaki’s story in its entirety. This version was translated by Silverberg herself and appeared in Manoa 3, no. 2 (Fall 1991 issue). 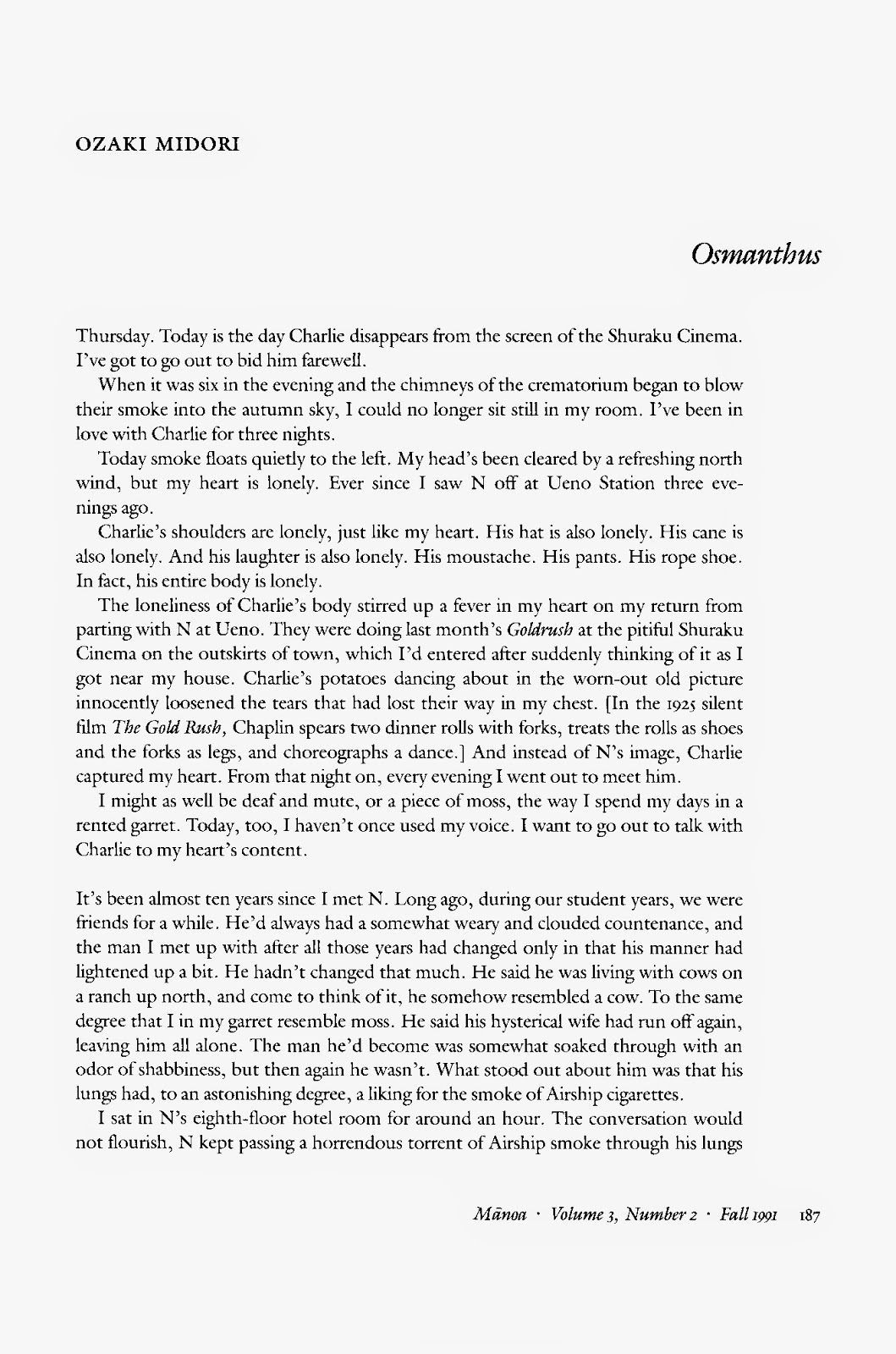 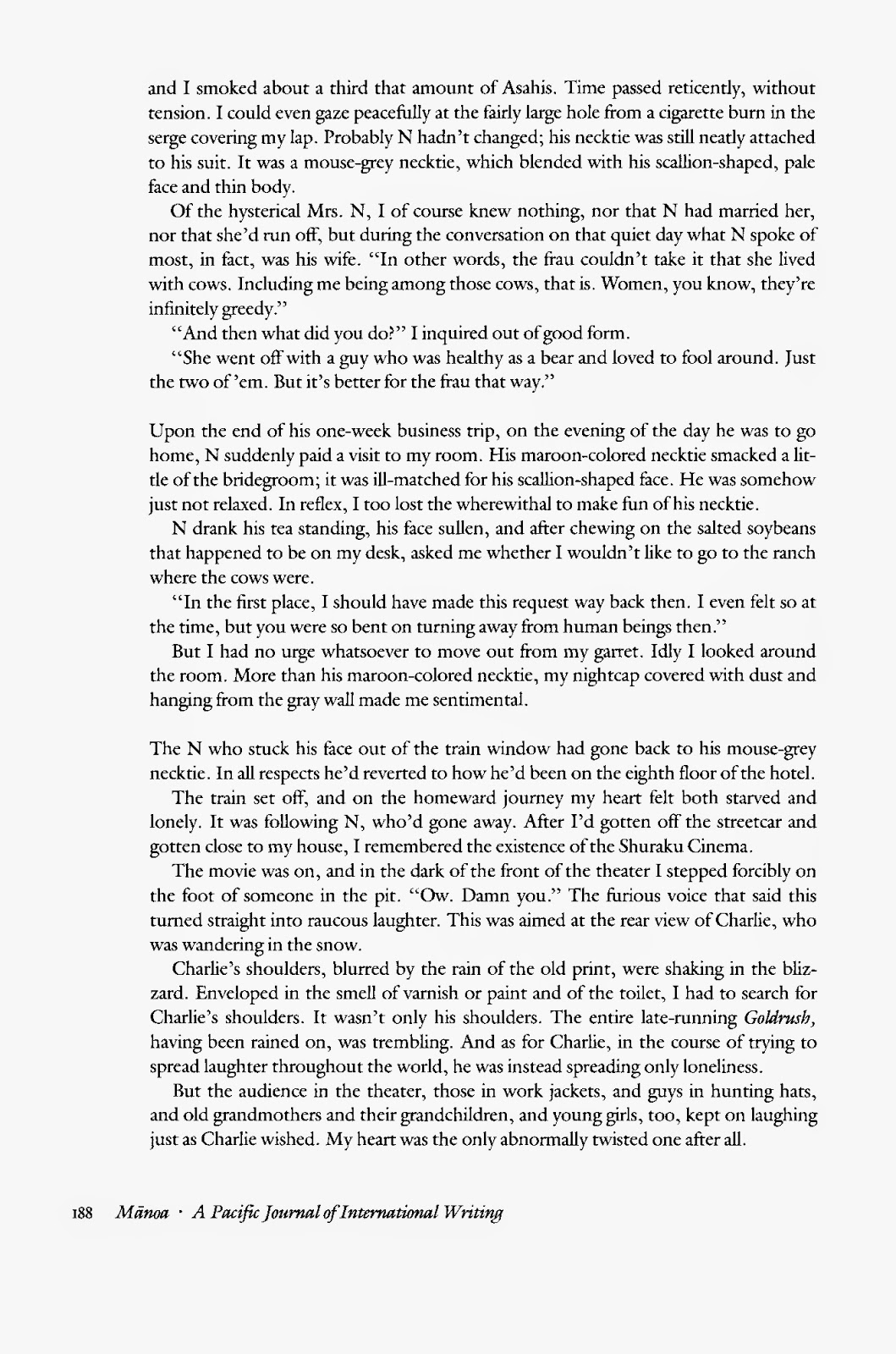 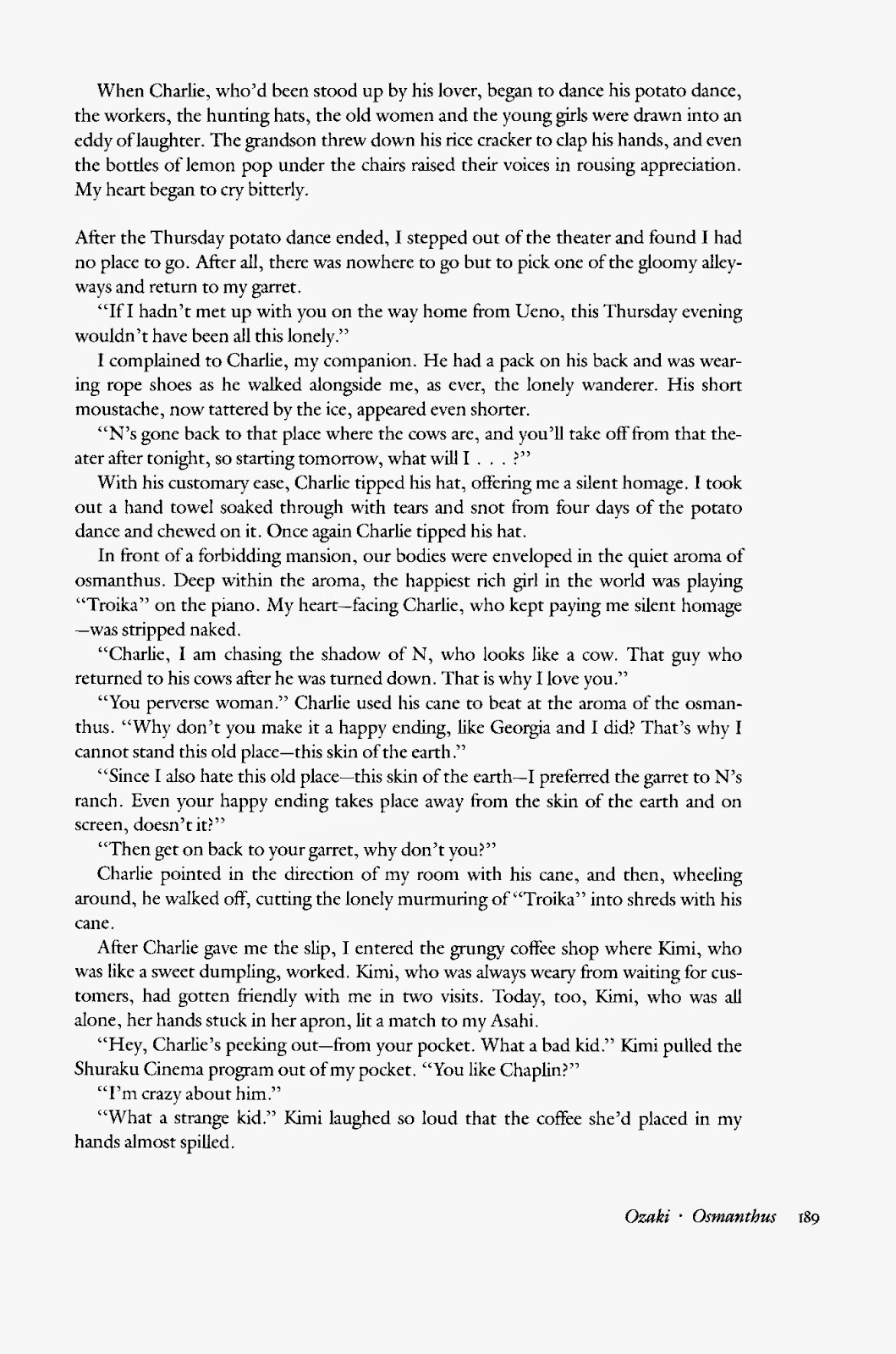 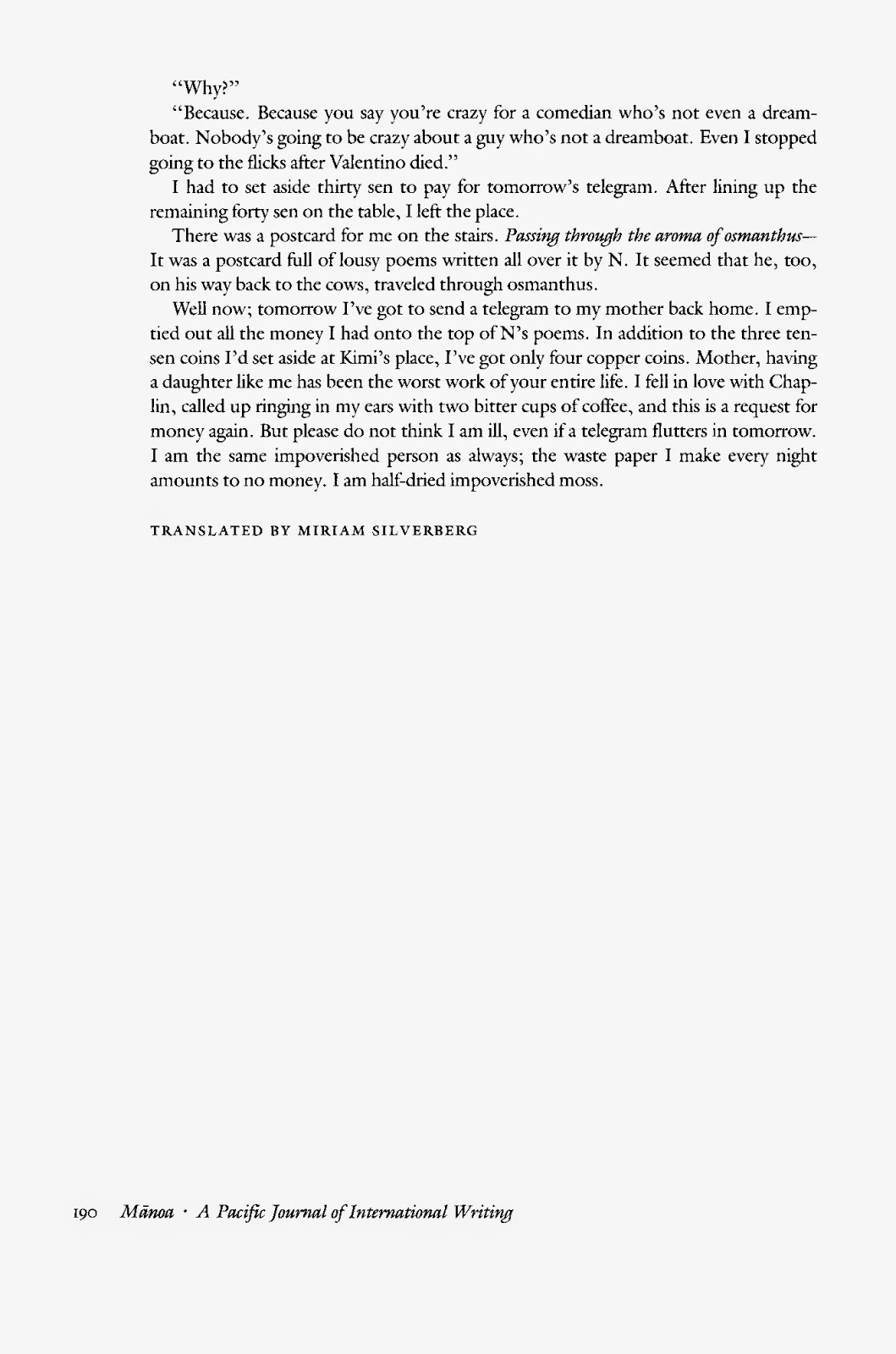 Posted by Collin Rusneac at 5:01 PM