Yesterday I started reading Miriam Silverberg's fantastic book, Erotic Grotesque Nonsense - The Mass Culture of Japanese Modern Times. She begins by recounting a visit made by Chaplin to Japan on May 14, 1932. On this occasion, a band of right-wing extremists wanted to assassinate Chaplin and his hosts in order to 'restore' the powers of the emperor and facilitate war with the United State. As luck would have it, due to a scheduling error, Chaplin escaped unharmed. The Prime Minister Inukai Tsuyoshi, however, perished at the hands of a group of naval officers on May 15.
So I decided to track down Chaplin's autobiography and extract those passages referring to the incident. The following pages are from Chaplin's My Autobiography published by Melville House. 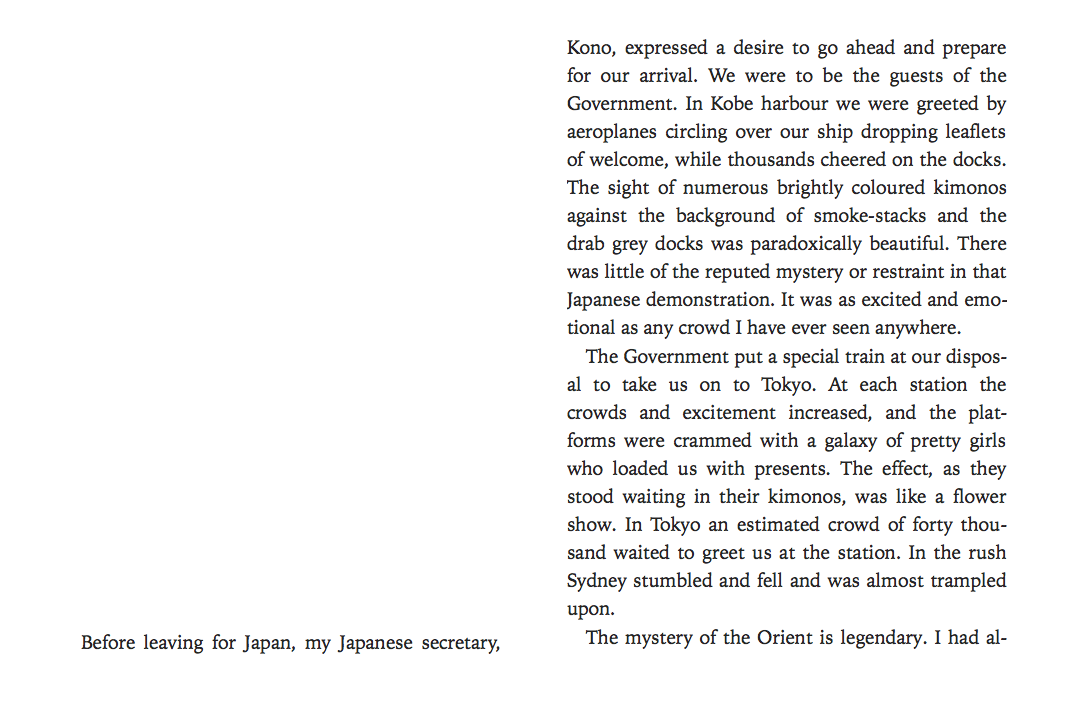 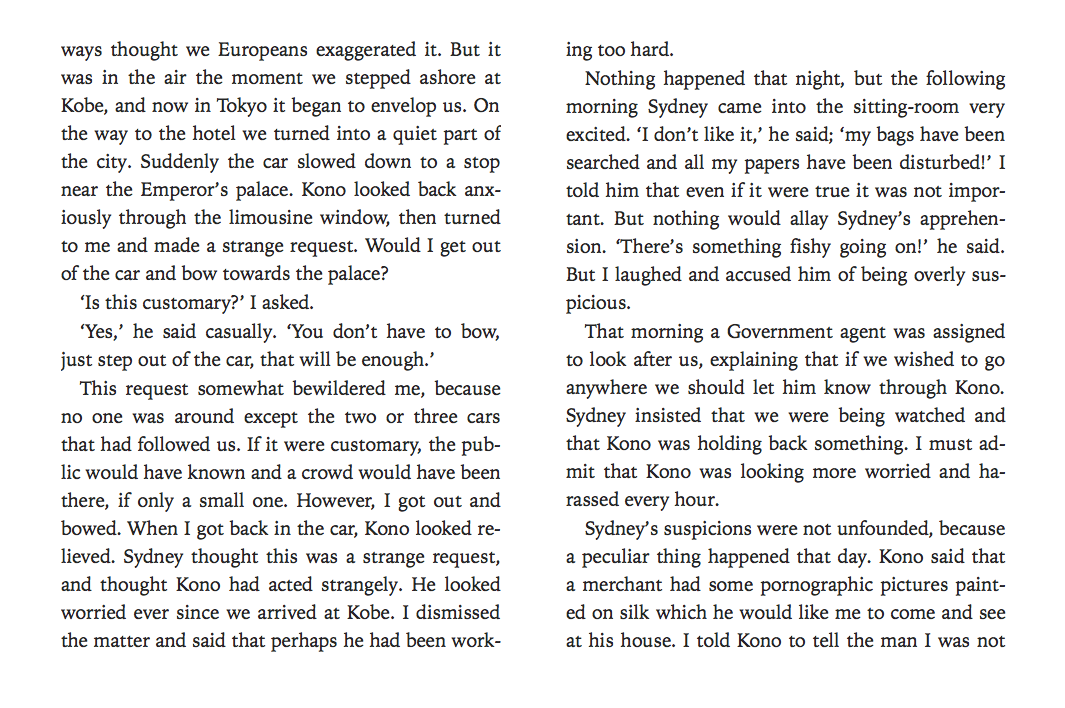 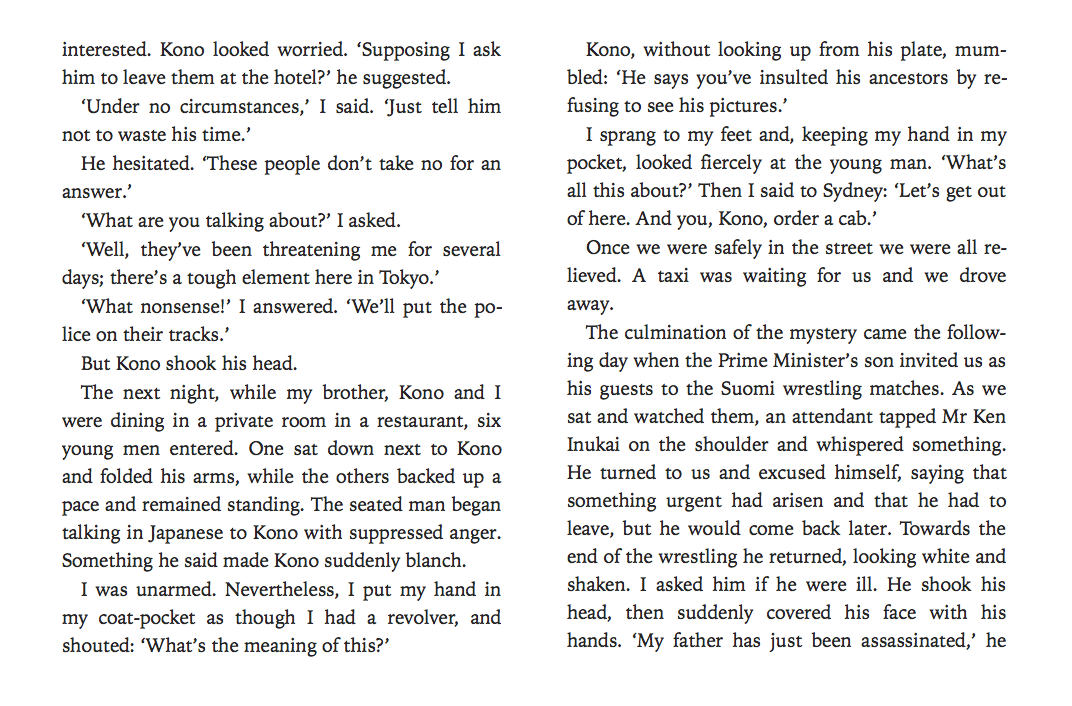 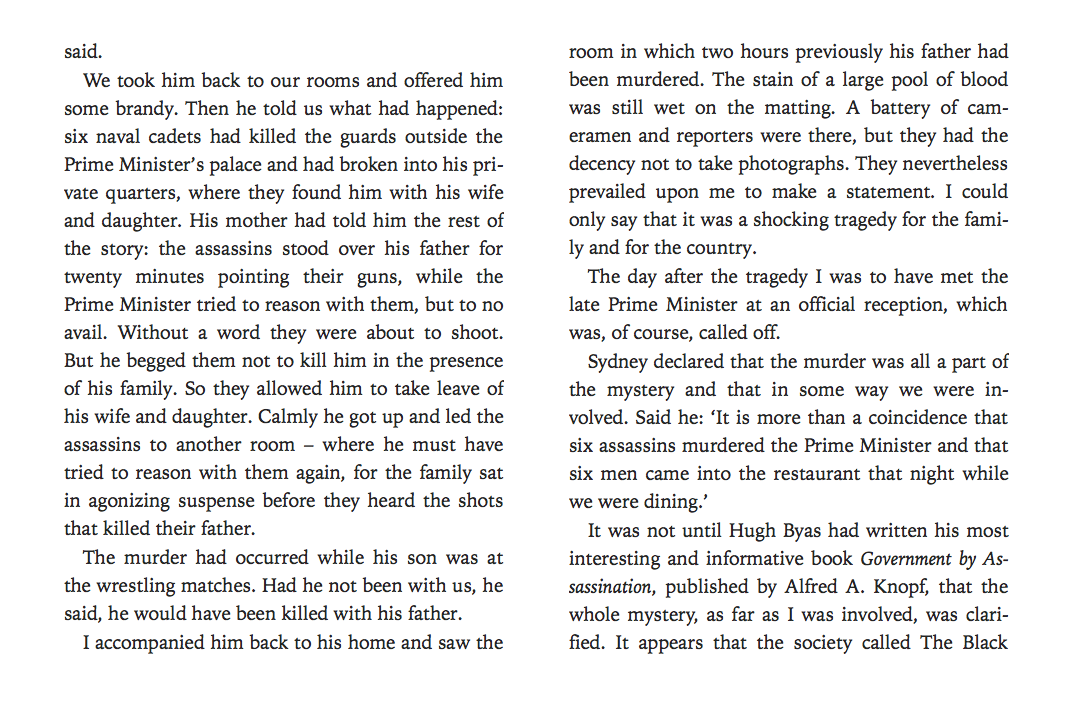 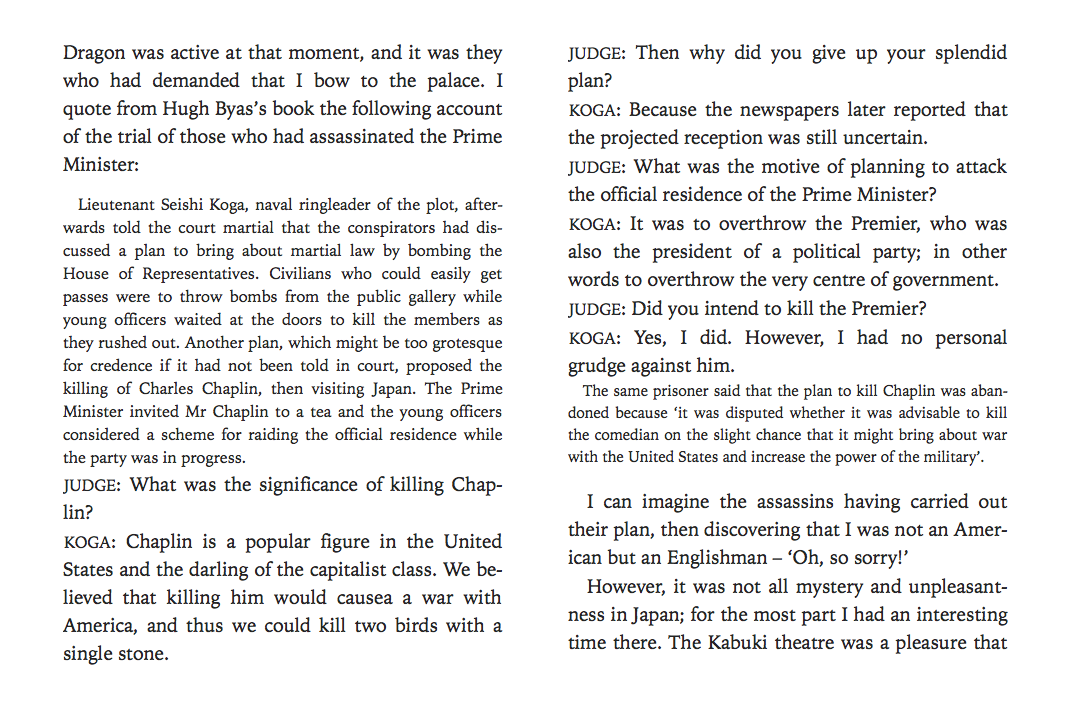 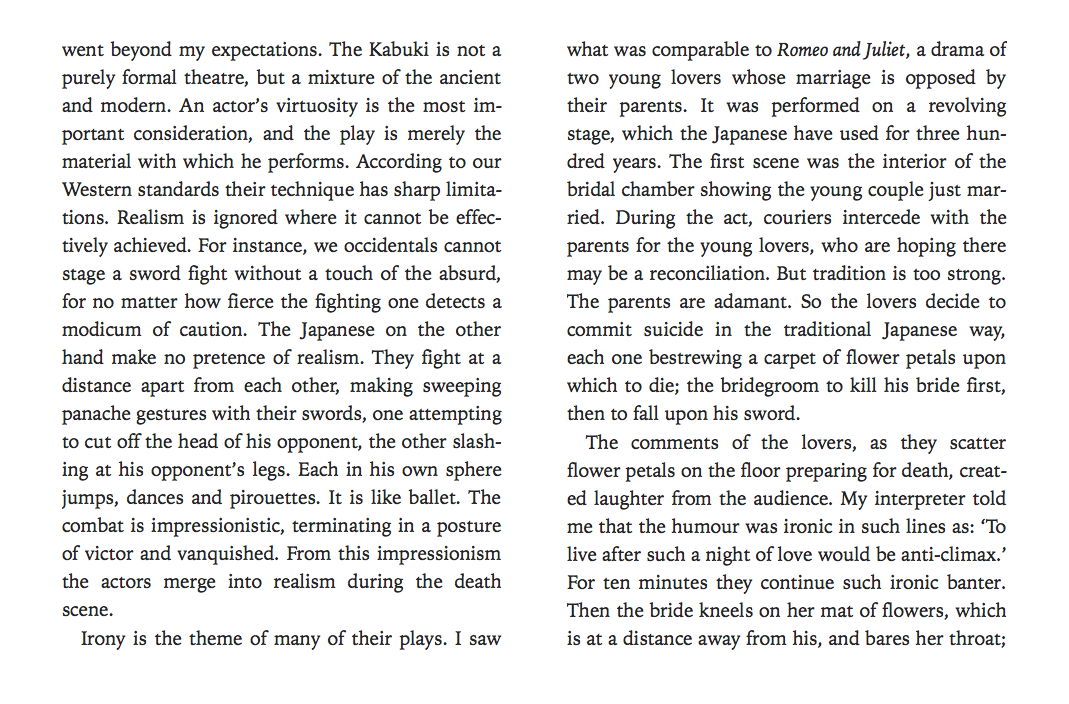 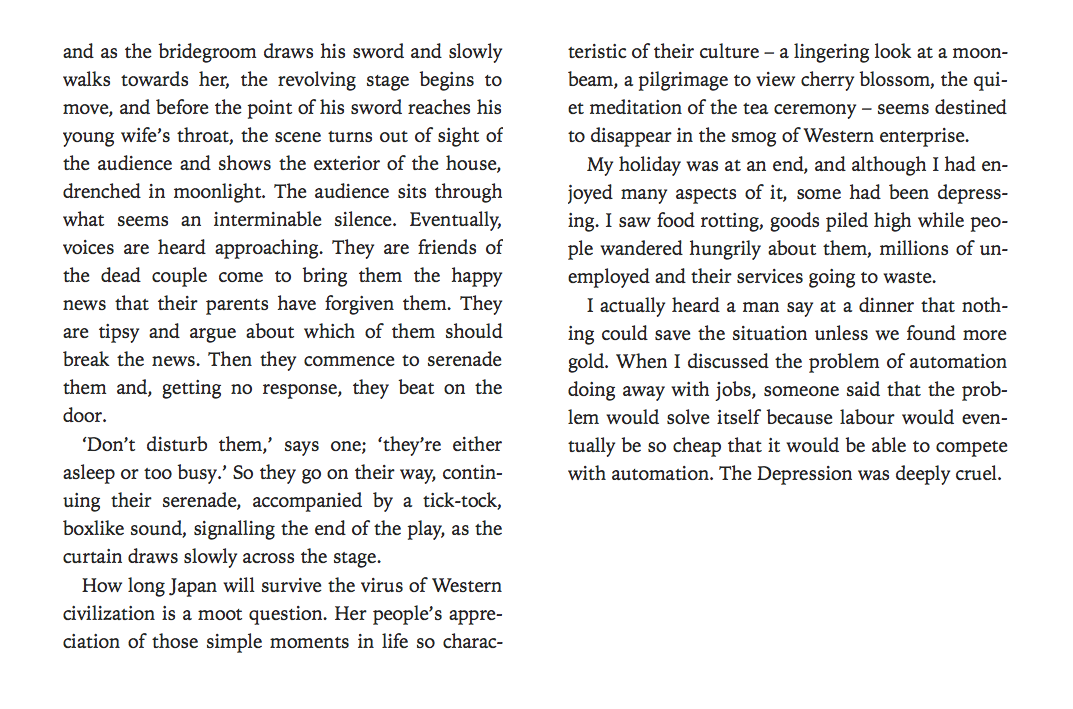 Posted by Collin Rusneac at 8:01 AM